This is an unabridged version of an article published in Dawn.

Sadiq Gabol, a retired caretaker and resident of Rannikot Fort narrates the story of his sword-bearing ancestor Baagh Ali, who bravely defended himself from a ‘chito’ (leopard) in the Lakki Hills of the Khirthar Range (where the fort is located) two-and-a-half centuries ago, and lost an arm in the process. Thereafter, Baagh Ali became a local legend. “Taking turns to keep a watch was a daily habit for those who dared the frontier life”, says Sadiq.

Although the chito has long since been extinct, a beast of a different nature has replaced it.

As we turn west off of the Indus Highway in Jamshoro District, away from the town of Sann, the silence grows deafening, but the air feels cleaner. Clocks wind backwards, transporting us to a realm frozen in time.

“There are about a thousand people currently residing in Rannikot”, estimates Sadiq. The figure sounds exaggerated at first, but after taking into account the vast army of children, it seems plausible.

According to Sadiq, the current settlers of Rannikot – Gabol tribesmen – came to the Lakki Hills as part of the Arghun military in the early 16th century. His ancestors first settled in a valley immediately west of the fort, referred to by locals as ‘Mohan Patt’ (patt is Sindhi for barren plain), where they tended livestock.

It was not until 1981, when Sadiq was employed by the Archaeology Department as the official caretaker and guide of Rannikot, that he and his relations starting living within the 26-kilometre circumference of the fort. A spring located within the fort enables the cultivation of onions – which are sold in Sabzi Mandi, Karachi – as well as wheat.

We stop at a dry bed of a rainstorm river to see a pastiche of fossils preserved on its ancient floor. Qamar Khokhar, an assistant professor of geology at the University of Sindh who is doing a PhD on the Bara Formation and has surveyed Rannikot, contends, “The tree fossils are 20 to 25 million years old”. 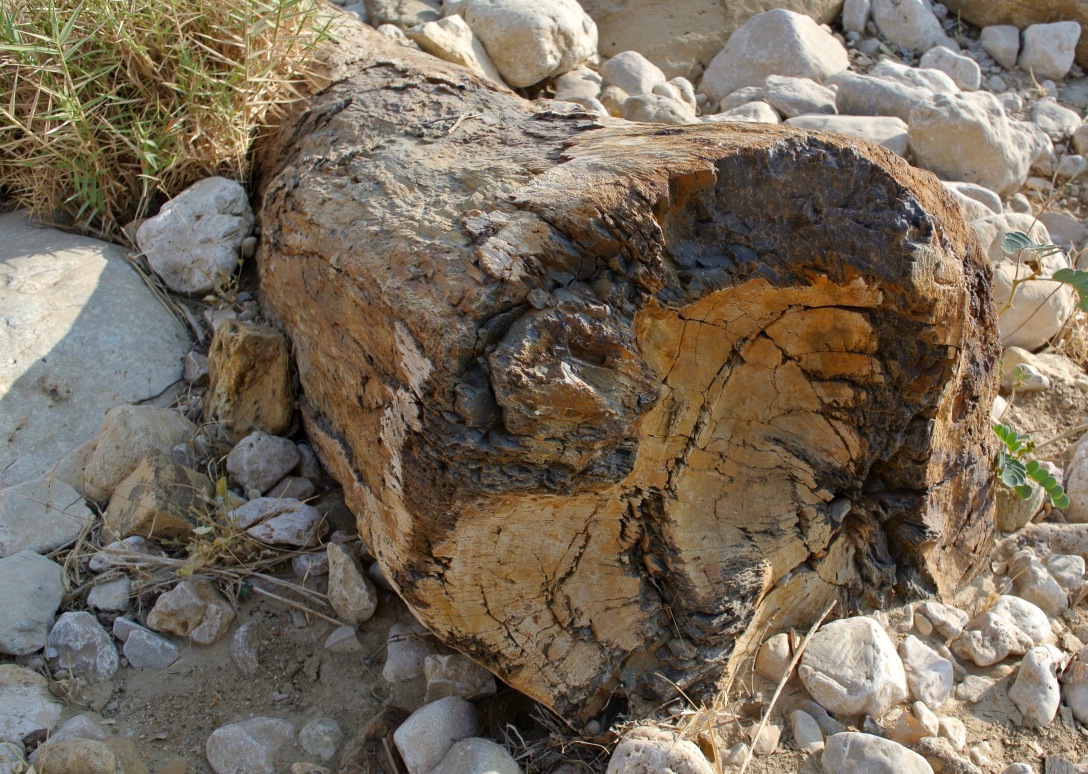 Yet like the fossils and ancient fortifications, lives of the Gabols too are frozen in time. Their settlement does not have a supply of electricity or gas; nor is there a single school or hospital in the immediate environs of Rannikot – the nearest facilities are 32 kilometres east, in Sann. There is no mobile network coverage or public transport system. Only a single-lane metalled road links the fort to the outside world.

Politically, the locals of this area are loyal to Syed Jalal Mehmood Shah, grandson of GM Syed and president of the Sindh United Party, who resides in Sann. Yet, according to Sadiq, the PPP candidates always come to power due to feudal allegiances.

“The government comes up with projects so grand and impractical that they never materialise,” says Shah. “Instead, locals are deprived of the basics, such as electricity, while bridges, such as the one inside Rannikot, are left incomplete.” According to Shah, the fort has a tremendous potential for tourism, which could bring in some much-needed revenue for the locals, but the government has done little on this front.

Sadiq Gabol’s responsibility towards the fort has been the main source of income for him and his family. The fort is the centre of their universe. He temporarily relocated to Hala for the schooling of his son, Abdul Qadir. “After I completed my matriculation, we moved back to Rannikot as this is where my father’s work was,” explains Abdul Qadir. From the parapet of Miri Fort – a fort within Rannikot – he points down to a green patchwork at the foot of the golden slopes of ‘Karo Jabbal’ (Black Mountain). “I toiled on my relatives’ land for about 13 years and became heavily indebted. My real interest is in looking after the fort.” 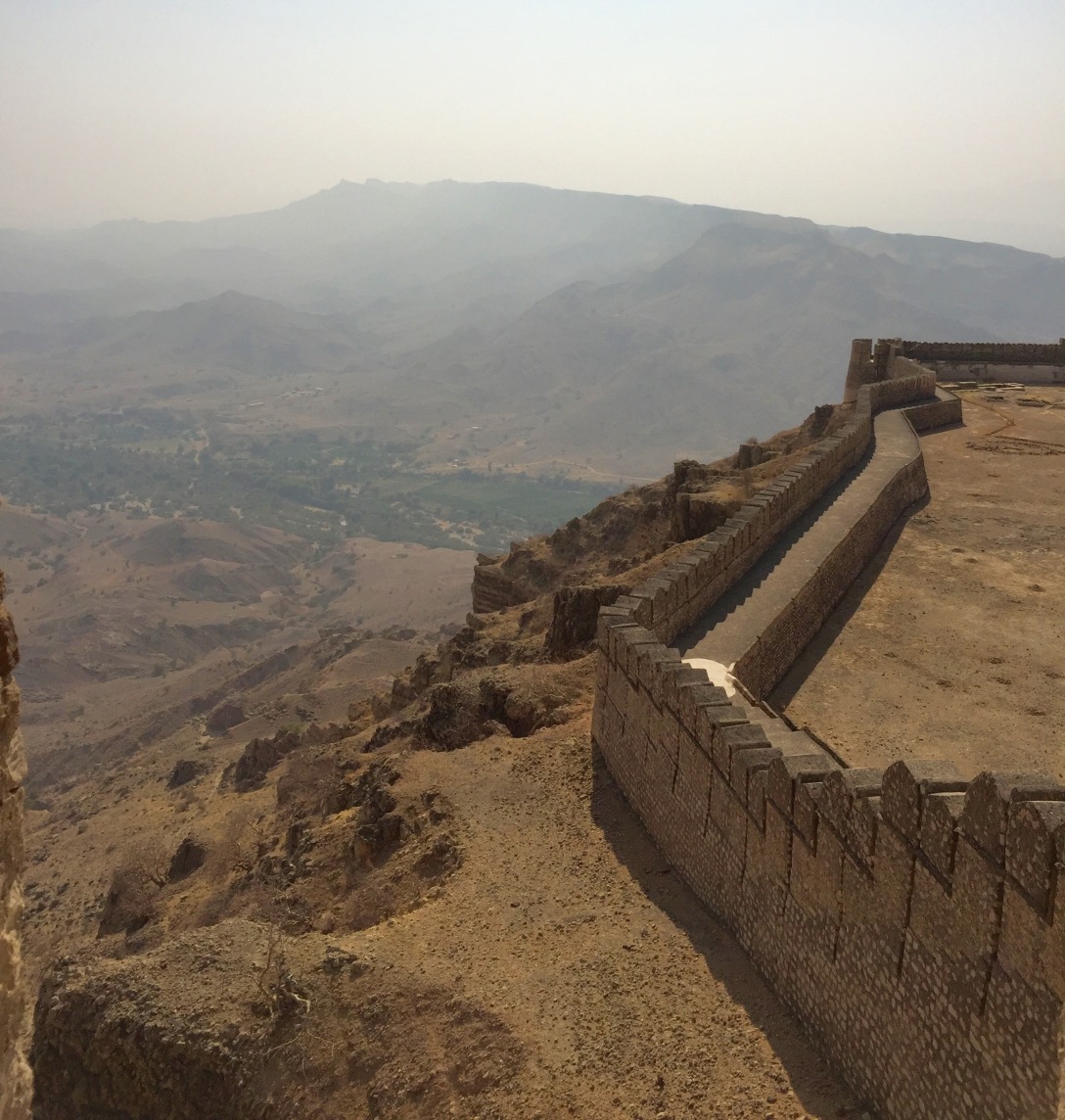 Like his ancestors, Sadiq too is passionate about the fort. In the days of the Archaeological Survey of India, Sadiq’s grandfather was the unofficial watchman of Rannikot, a pastime he undertook as a result of his fascination with the historic site. After Sadiq’s retirement in 2001, Abdul Qadir assumed responsibility.

Qadir’s entire family lives in a two-room brick home atop a cliff overlooking a small wooded area of Salvadora oleoides (khabbar), Acacia nilotica (babur) and Tamarix aphylla (laee) trees. In sharp contrast to this vista of indigenous flora, he has planted in his compound the conocarpus erectus – undoubtedly an influence of trips to Karachi.

“I have a close bond with my surroundings. If I go to Karachi, I try to return to Rannikot the same day, even if it is late at night”, says Qadir, sounding like he is in harmony with the Great Spirit. “Urban settings are a nice change, but I cannot live there. It is here, in these hills and wide-open spaces that I find my peace.” 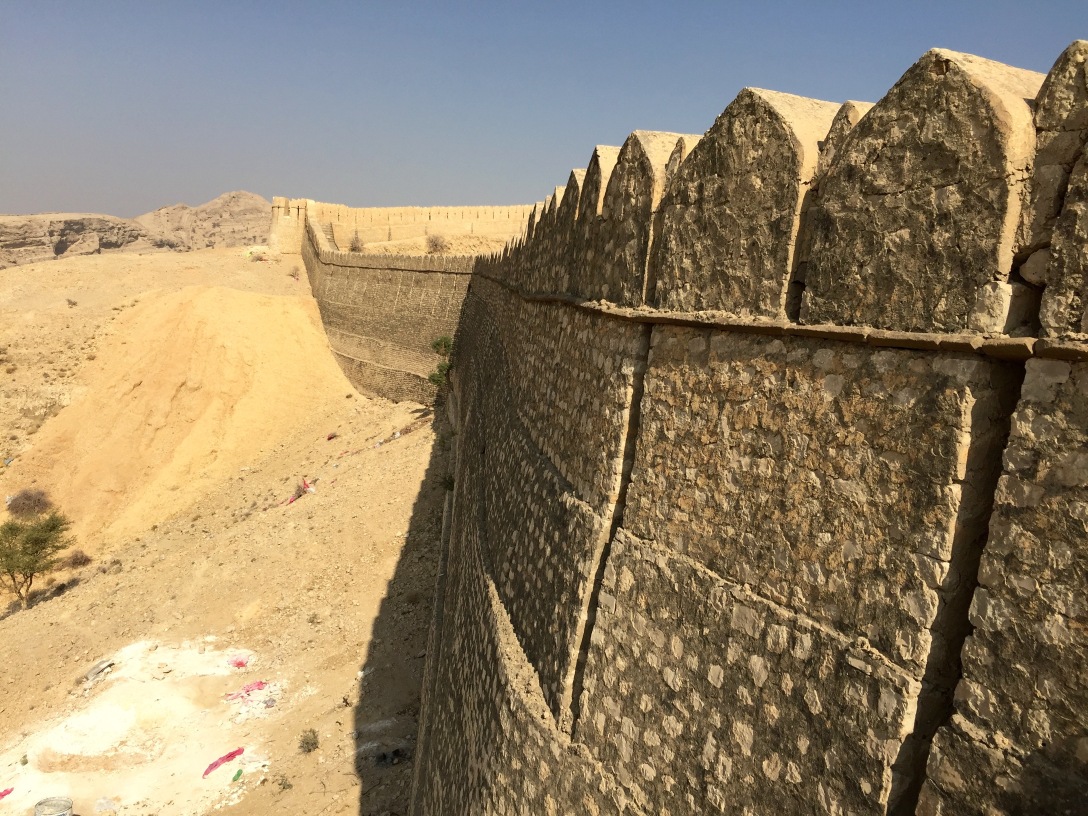 There has been much conjecture, but little certainty regarding the origins of the fort, which is mentioned only but twice in historical records – first in the 1830s by Alexander Burnes during his journey up the Indus and then in the 1840s when a defeated Mir Sher Mohammed Talpur took refuge inside it. “Rannikot appears to be very ancient,” says Salman Rashid, travel writer and fellow of the Royal Geographical Society. “In remote parts never visited by the common tourist, there are signs of several layers of repair and upgradating of the fortification.

“At one spot,” continues Rashid, “the ancient and earliest wall of clay and undressed rock rubble is evident. Above it are five layers of stonework – each progressively finer than the lower one. It predates the usual claimants, that is, the Talpurs, who certainly did some work on Sann Gate and the southern part of the fortification.” What is known for certain is that the Talpurs built the citadel of Shergarh, which stands atop Karo Jabbal.

The steep climb up to Shergarh Fort is one of the more interesting hikes in Rannikot. Local resident, Hatim Gabol, and I make our way up a faint trail. On our journey up however, our only companions are a pair of goats – who seem to have the higher ground at all times – and a variety of lizards occasionally darting across the corner of our eye.

“This trail was initially formed by the labourers who first built Shergarh, during the Talpur period”, Hatim tells me. On our way up we pass a small cave in which a porcupine once lived. “It would eat and damage our crops, so we killed it.” All that remained was a quill.

The picturesque aesthetic of the Lakki Hills has a darker underbelly that triggers one’s instinct of survival in this desert wilderness. In this part of Sindh, it is the survival of the fittest, not the fattest. The lack of basic amenities only reinforces this truth.

“At night we hear the snarls of the gorpat”, Hatim says of the honey badger, one of the more feared creatures to roam these parts. “It digs up graves and feasts on freshly buried corpses.” I would later find out that Sadiq was almost attacked by one when he dosed off at a ‘bus stop’ for privately-run lorries that cart dwellers of Mohan Patt and Rannikot to the Indus Highway at Sann, once a week.

“We also get striped hyenas and Indian wolves [a subspecies of the grey wolf] here”, says Hatim, enlightening me of the region’s nocturnal choir as we ascend closer to Shergarh. Rannikot is part of Khirthar National Park, and so there is a spillover of wildlife in the vicinity – at nighttime in particular. Sadiq later confirms that incidents of attacks, if any, occur on the western hill known as ‘Opiyai’.

The uppermost watchtower of Shergarh provides a panoramic view of Mohan Patt – the five-kilometre-wide valley to the west occupied largely by Gabols – in comparison to which Rannikot appears quaint and familiar. Towards the east, beyond Sann Gate, lie predominantly Khosa settlements, while Karchat and Thano Bula Khan lie to the south. Immediately north are uninhabited, barren peaks from where few invaders would have dared to scale the ramparts of Shergarh.

Near the northwest boundary of Shergarh, a curiously angled cliff competes with the fort for elevation and majesty. Pointing to a cave in its steep drop, Hatim says, “My uncle climbed all the way up to that cave. He said it ran very deep and he couldn’t reach its end. There are many a climber among us”.

Upon our descent, the bird’s eye view gives way to detail and the lack of a school becomes a far more glaring reality than any creature of the night. Abdul Qadir, Sadiq’s son and the current caretaker of Rannikot, later tells me, “The National Commission for Human Development [an autonomous, non-profit body established by the federal government] opened a primary-level community feeder school in Rannikot in 2011”, at which Abdul was appointed sole feeder teacher and under whom 23 students passed their examinations. “After functioning for about a year-and-a-half it was shut down.”

On our hike downhill, I ask 22-year-old Hatim whether he and his friends ever long for the vibrant environment a city has to offer. “It would be nice to live in a city: we could attend a proper school, live in homes that have electricity and be less isolated from civilization”, he admits. But he is quick to add that living here has its charms. “People my age are into rearing livestock and farming their land and in this they compete with one another. We all rise at dawn.”

Rannikot’s natural and man-made fortifications give it an endearing sandbox quality: it has its own little forest where a family of wild boars dwell; it has its own supply of water from a spring; each corner of the fort has its own distinct personality and is identified by the nearest hill or entry point.

As we approach the foothills, it dawns on me that Rannikot’s appeal relies largely on its remoteness from the environmental degradation that is part and parcel of ‘development’ in Pakistan. If tourism of the fort is to be developed, it must be done in a manner that enhances rather than disrupts the pastoral lives of the indigenous population and preserves the sanctity and ecological integrity of the area. Whether this is possible in Pakistan, remains to be seen.